Higher Education – How To Get It in the USA?

Higher education in the United States can be got at a college or university. Colleges only offer undergraduate programs, while universities offer undergraduate, graduate, and doctoral degrees. The structure of the university may include several colleges. Most colleges in the United States are private, small (about 2,000 students) having a specific focus: for example, humanitarian or technical. Although the colleges are less well known, the quality of education is very high.

US universities are also divided into private and public. The latter are built to educate residents of a particular state. For applicants from other states, studying at a state university is much more expensive. The competition for admission becomes a higher edge.

The structure of higher education in the United States

There are three stages in the American higher education system:

To enter most US universities, foreign applicants need to undergo a special annual training program known as foundation. The student will not only be helped to quickly improve knowledge of English and academic subjects, but will also be supported in a new unusual environment.

Some universities offer to undergo an adaptation program in parallel with the first study year. This makes it possible not to waste a year. Among these universities, there are:

Stages of HE in the USA

Duration of training: 3-4 years.
Cost: from $ 16,000.
Admission: after leaving school and preparatory program.

There is no single curriculum in American higher education. Seminars and lectures are divided into compulsory and optional. All students first study general subjects, and then choose the modules of higher interest. Several hundred students may be present in lectures, and from two to thirty students in laboratory or discussion sessions. Students are expected to actively participate in discussions and defend their point of view. The efforts often affect the final grade.

In some universities, you don’t even need to choose a specialization upon admission – for the first 1 or 2 years, all students study the same subjects. At the same time, there is no strict division into groups and faculties.

The master’s degrees in America is much more difficult than studying in an undergraduate program. A large amount of material needs to be studied independently, while making individual projects at the same time.

There are two types of master’s programs: professional and academic. Professional master’s students receive, in addition to the general theoretical base, practical training in the chosen field. For “academic” masters, it is important to participate in scientific research. Those who choose an academic master’s degree usually plan to continue their education in doctoral studies and subsequent research activities.

The third stage of higher education in the United States is intended for those who want to participate in scientific activities. About 28% of GDP is spent annually on the development of this industry (especially in the field of medicine and biology) in America. Many studies are conducted on the basis of universities, so students can freely use all the capabilities of university laboratories and research centers to work on their own dissertation.

After finidhing the doctoral course, the degree of Doctor of Philosophy (Ph.D) or Doctor of Science (Sc.D) is granted.

Each discipline is assessed in credit units – ECTS – depending on the time devoted to its study and the complexity. To obtain a bachelor’s, master’s or Ph.D degree, you need to collect a certain number of credits for the entire period of study. For example, at Adelphi University, a basic undergraduate course is 3 credits, and a course with laboratory work is 4 credits.

To get credits for the course, you must earn a satisfactory grade in the discipline. For each credible work during the semester, the student receives a grade – A, B, C, D or F. Then, from all the marks, the GPA is calculated. To do this, letter points are translated into numbers, where A = 4, B = 3, C = 2, D = 1, F = 0.

GPA is important at all stages of study at a university: upon admission, a mark from a school certificate be transferred to a GPA (usually a GPA of at least 2.5 is required for admission). This indicator can also play a role when applying for a job after university.

Is It Reasonable To Issue Educational Loan To Get US Higher Education? 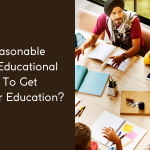 A natural response to the issue of student loans or payday loans Nashville TN was the mandatory part of educational loans, the task of which was to motivate more schoolchildren to make the decision to get a higher education. Unfortunately, this measure helped only temporarily, as the increase in the cost of training and related costs could no longer be stopped and educational loans turned into a trap. The US Congress raised the limit on the maximum amount that a student could issue to cover educational expenses several times, and this led students to a vicious circle: the more money…

Is It Worth Taking Out a Loan for College? 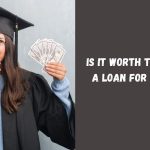 Everyone knows that study in the United States is not free both for Americans and for foreign citizens. Of course, there are also opportunities to get free higher education. Both those and others can study for free in any educational institution in the United States, subject to receiving sponsorship, scholarship or grant: government, private or allocated by the educational institution itself. But not all applicants can receive such privileges. Nevertheless, it is still necessary to finance the college. In this case, loans come to the rescue. 5 ways to pay for college with no money saved So, if you have…

Why is Higher Education Important? Why do you need a higher education? Why it should be of high quality and why get a diploma of higher education? – all these issues worry school graduates, as well as their parents. Indeed, after all, getting a higher education will require several years of study at a university, as well as efforts to enroll. And we must not forget about the financial issue – both the enrollment to the university and the training require some kind of cash, although at the same time one could already get a job and start earning money. But we believe that getting… Is it possible to start a business without leaving school? Easy. Here are nine American students and recent graduates who run their businesses and reach $100,000 in annual sales while continuing to study at the university. Some of them are studying at public universities, others – in the elite private. They have completely different projects – from managing your own hedge fund to creating protein shakes. But all of them are united by ambition, optimism and entrepreneurial drive.

Helping Your Child Get Into College All parents wish the child to find a vocation, an interesting job that will bring pleasure and well-being. Sooner or later, every teenager will have to choose. What can parents do to make this decision mature and conscious? A Parent’s Guide to Helping Your Child Choose a College Listen to the wishes of your child Choosing the career path, a person chooses for himself his future lifestyle, social circle, and even fate. Sometimes it takes decades to find yourself. And it’s very difficult to understand who you want to be when you are only 16-17 years old. Those who graduate from school this year have to decide on the choice of their future career right now. Today, there are more than 4,700 universities in the USA, including Harvard, Stanford, Yale and other prestigious educational institutions. However, it is not necessary to focus on the ranking: it is much more important to choose the university that will help the student discover his abilities and achieve maximum success in his chosen profession. Today, we will try to explain why higher education and success go hand in hand.

Fundraising to Support HE Program One of the main obstacles that stand in the way of those who want to study in the United States is the high cost of higher education there. American colleges and universities set prices based on the abilities of their citizens. On average, a bachelor’s degree in the United States costs $8,000–$18,000, but many colleges can cost you as much as $30,000 per year. However, American funds are ready to issue scholarships or grants to some students under certain conditions. Every year, American colleges and universities receive more than 400,000 international students each year. About 7% of them receive help from…

The Highest Paying Jobs of 2018 The US News & World Report published a ranking of the most promising professions in the USA in 2018. They took into account the demand in the job market, the level of wages, stress and the balance between work and personal life. The top 20 most highly paid jobs included only one career related to IT. The 20 jobs that paid the highest salaries in 2018 The first 11 positions in the list of the most highly paid jobs were taken by medical workers. The first place is taken by an anesthesiologist, with an average salary of $187 thousand per…

What You Should Consider When Planning For College It is time to choose a college? The university is your path to your future profession. You can hear the opinion that today it doesn’t matter whether you have a higher education or not. But this is far from the case. How to choose a university and get a good higher education? To enroll in the college of your dreams, you must carefully select the place of study. Here are some practical tips to approach building your educational pathway wisely. 1. Choose a profession first This advice can is one of the golden rules of career counseling: if you hit…